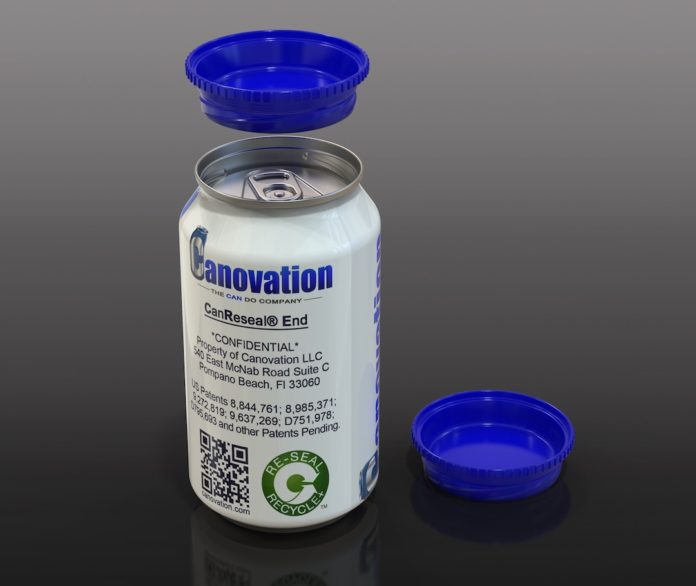 Canovation will focus on its new CanReseal technology at the show, which it claims represents the ‘future of cans’. The CanReseal end is a development that enables aluminium cans to be hermetically resealed after opening, with a screw cap.

The design has been under development for six years by Canovation. Several versions of CanReseal, that could eventually eliminate the use of the stay-on-tab score panel and rivet, have been tried. A number of patents are issued or pending in the US, and internationally, for a deeply-socketed easy-open end featuring internal side walls that have threads into which a cap is inserted to create the seal.
Booth 508

Registration is open for The Canmaker Summit 2022

The Canmaker Summit rescheduled for October 2021

Ardagh wins The Canmaker’s 2019 Can of the Year Award

AMP and Crown finance scheme to improve US recycling rate

CCL Container hopes The Matrix will be everywhere